PortCityFutures co-organised the international conference Law and the Infrastructure of Global Commerce together with the University of Maastricht, University of Antwerp, University of Amsterdam and the University of Edinburgh on 6–8 July 2022. The three-day event in Amsterdam explored the entanglements between law and the different types of infrastructure underlying global commerce and the value chain, including ports. Postdoctoral researcher and Marie Curie fellow Francesca Savoldi was invited to contribute, organizing the opening and closing events. In this blog, she reflects on the theme of the conference and reports on the outcomes of the conference’s closing round table discussion.

The conference, which was visited by disciplines ranging from law to political ecology and human geography, critically discussed the role of infrastructure in enabling extractive systems of production. Its framing challenged the conventional assumption of infrastructure as a passive facilitator of circulation. Instead, adopting perspectives from legal materiality, Science-and-Tecnology studies, as well as ethnographic approaches, the conference unraveled how infrastructure actively shapes global trade – both in its normative underpinning and its material outcomes. The discussion explored infrastructures such as ports and other logistic devices, delving into epistemic and bureaucratic practices that comprise the backbone of contemporary capitalism. Discussions covered management strategies based on offshoring and outsourcing, as well as large-scale geopolitical movements such as the Chinese Belt and Road initiative.

A tour of the port of Rotterdam opened the conference, with Hilde Sennema from PortCityFutures complementing the guide of the Port Authority, taking participants through the cultural and historical developments that lay behind the contemporary composition  of the harbor. Back at the conference, participants unfolded the many critical aspects of ports and other infrastructure from different perspectives, implementing socio-legal approaches, ethnographic accounts of logistics, and discourses from political ecology. Digging into ecologies and temporalities of infrastructures, narratives of sustainability and contestations of infrastructural sites, researchers illustrated how infrastructures produce distinctive modes of power. They elucidated how unchallenged infrastructures, carrying ideologies of free trade, materialize a system of circulation that sustain global structures of (colonial) economic and political domination and subordination.

The closing event of the conference, to which I want to dedicate particular attention in this blog, was the roundtable ‘Contesting infrastructure. Legal chokepoints and social mobilization within and around ports’, which I organized with the support of Tomaso Ferrando (University of Antwerp). The aim of this roundtable was to deepen the conversation on frictions and territorial vulnerabilities produced by infrastructure, putting at the center the voices and experiences of civil society actors, NGOs and collectives engaged in forms of resistance to such dynamics. As a development of my ongoing research project, this roundtable has been a great opportunity to facilitate a shared space for citizens engaged in reformulating politics of coexistence between the port and the city. For the occasion, I invited the representatives of civic collectives from four port cities – Comissió Ciutat-Port (Valencia), Plataforma Stop Creuers (Tarragona), No port in Piraiki (Piraeus), and No Grandi Navi (Venice). A lawyer from the NGO Client Earth, engaged in a legal action at the port of Antwerp, also took part in the discussion.

The invited speakers are not only engaged in social mobilization and contestation of the extractive dynamics related to port expansion, but have also been working on envisioning sustainable alternative futures for their respective port cities. After contributing remotely to the online platform ContestedPorts, through which we first established a relationship, we could finally meet in person in Amsterdam. This was also the first time that members from these collectives met each other.

The main discussion of the roundtable was driven by two main questions exploring the entanglement of the law in the context of civic struggle within and around ports. Playing with a dichotomy in perceiving the effects of jurisdiction in defining agency in such contexts, the discussants were asked: “When and how does the law produce the conditions for injustice and conflict in the making of port infrastructure?” and “How can the law be used as a tool for civic empowerment?” Such interrogatives gave rise to an animated debate that touched upon the entanglement of oil and port industry, the climate crisis, dynamics that act as obstacles to transition, the corrosive character of territorial competition behind port expansion, the rhetoric of large-scale investments, and the issues of civic rights, environmental justice, defense of the commons and solidarity that play out in ports.

The roundtable sparked a transmission of knowledge in multiple directions, with political, creative and legal strategies being shared among the speakers, generating exchanges between civil society and the academic audience. The latter in particular turned into a process of praxis epistemology, in which participating researchers learned about ethics, visions and tactics from the speakers’ struggles played out in port cities. As emphasized by Patrick Bond (University of Johannesburg), who also took part in the conference, this roundtable discussion allowed traditional intellectuals to learn from organic-intellectual campaigners’ challenges to power – remembering the reflections of Antonio Gramsci on the role of the intellectual (more on Bond’s view on this topic in Amini, 2016-17).

From the three hour-long discussion emerged a common enthusiasm for continuing the conversation in future events, incorporating experiences from other port cities. The temporary platform of exchange that I set up thanks to this conference seems to have articulated a precedent for potential future reunions, which takes ContestedPorts as a virtual point of departure. In the end, if ports are already linked, then citizens from port cities should also be connected. 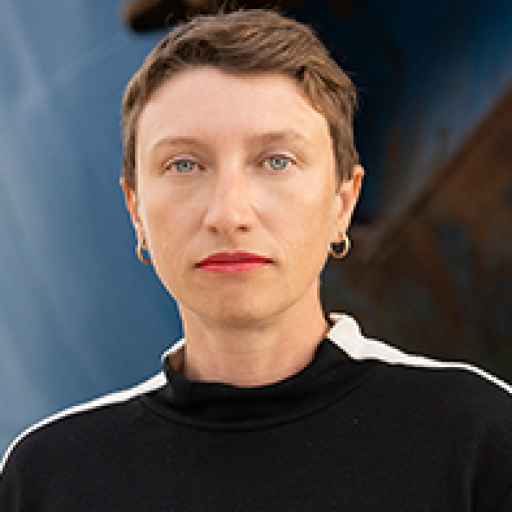