The Viscous Space of the North Sea

While researching urbanisation processes unfolding in the North Sea, architect Nancy Couling, Marie Curie Research Fellow at TU Delft 2017-19, discovered that the conditions she found were inherently viscous in nature—that is unfamiliar, contradictory, thick and always changing. In this new blog post, Nancy discusses the implications of viscosity in the context of the North Sea, which is becoming less fluid through the addition of static material constructions. Yet, as a state that is neither solid or liquid, viscosity also opens up spatial possibilities that have so far remained unresolved in inherited binary thinking and planning.

Viscosity is a fluid’s resistance to flow. Highly viscous fluids such as oil, honey or blood are frequently valuable, rich in sugar or essential to life, respectively. Viscosity is inherently relational, depending not only on fluid composition, but also on temperature and environment. At increased temperatures, solid gold, steel or sand become viscous fluids that can be poured and molded to take on new shapes. In this way, viscosity disrupts the binary assumption of the boundary between solid and liquid (Barry, 2018). Viscous spaces are frequently transitional or intermediary. To explore the spatial potential of viscosity is to consider that in changing their state, viscous materials demand negotiation, temporal considerations, and tolerance for heterogeneity.

Essential to planetary life, the sea is naturally viscous; it is thick, dense, flowing, and can change from liquid to solid. How could the application of ‘viscosity’ as a fundamental conceptual framework potentially contribute to our interdisciplinary debates about the space of the sea and the land/sea threshold? Parallel to the need for a specific vocabulary for port cities, may we not require a new vocabulary to arrive at a more complete and nuanced understanding of sea space?  While eluding constant states and formats, viscosity is volumetric and requires space to maneuver. Designers and planners have not always ceded space to viscous processes, but rather prioritized the binaries of fixity and flow.

My research on the North Sea has shown that, within the inherent thickness of viscous conditions, multiple heterogeneous entities coexist and adhere to each other in surprising ways that are not easily separated or filtered out. Concrete and steel rig foundations, for example, introduced new hard substrates to the North Sea that now support a higher diversity of marine life. Cold-water corals use these foundations for the distribution of larva. Security areas around offshore rigs and windfarms exclude trawling, thereby inadvertently establishing miniature marine protected areas. On the other hand, rigs regularly emit oil and other polluting liquids during their operations. The urban debris of microplastics and heavy metals are fully integrated into the North Sea ecosystem with no straightforward methods of removal. Continuously circulating marine currents thus redistribute both organic and inorganic, nourishing and polluting particles. The long-overlooked effects of mutual human-nature interrelations at sea significantly impact design and planning as well: littoral nations must plan their ‘Exclusive Economic Zones’ offshore in accordance with EU regulations (European Parliament and the Council of the European Union, 2014), and in reverse, coastal areas threatened with rising sea levels must devise protective mechanisms.

At the littoral zones of intersection between land and sea, viscous spaces of rich exchange exist where terrestrial and marine ecosystems intertwine, and land- and seaborne urban systems converge. Ports occupy the land/sea threshold by definition, and have also developed sophisticated strategies to manage viscosity—given that in order to guarantee essential services and economic turnover, their vital operations should be less and less influenced by fluctuating natural conditions such as tide, silting, or storm surges. In many ports, these strategies are challenged by a combination of increased public awareness about sensitive harbor ecologies and the uncertain climatic changes themselves. As discussed in the PortCityFutures podcast Frictions, port cities produce not only ecological, but also socio-cultural frictions. They are challenging places for planning and design, where industrial concentration and accumulation must be accommodated alongside everyday urban life.

Compared to fresh water, the sea is thick and viscous. Although both the public and institutional perception of the sea is overwhelmingly focused on the surface (literally ‘superficial’), the body of the sea is a volume composed of distinct water-masses differentiated by salinity, temperature, and atmospheric pressure. Stratification occurs when bottom currents and salinity differ from those of the surface, creating saline boundaries and temperature gradients in seasonal variations. In the North Sea, for example, denser, saltier water of a higher viscosity flows seasonally below less saline surface water, in an arc from the Atlantic to the Skagerrak and the entrance to the Baltic Sea.

Compared to land, however, the sea has a low viscosity (Bullard, 2005). At sea, border and ownership conditions that create resistance on land are also reduced and subject to interpretation. Subsea pipelines and cables hold a privileged position in international law, as bordering states cannot prevent their installation. Public and corporate actors can achieve undisputed large-scale interventions, and communication cables are simply dropped from specialised vessels into the open sea (Starosielski, 2015). The sea is therefore a favored site for network infrastructure, and companies steer valuable flows through fibre-optic cables, gas and oil pipelines.

Alongside the natural effects of ocean viscosity, my research shows that activities in the sea have long produced artificial viscosities that have not yet been conceptualised, but which create contradictions that demand the attention of maritime professionals and designers. On the one hand, the ongoing demands of the oil and gas industries plus the advent of wind energy extraction in the North Sea require parallel large-scale construction and decommissioning programmes. On the other hand, planning policies continue to prioritize the sea as a space of temporary construction only—a type of wilderness (Jørgensen, 2020). In the meantime, however, the natural North Sea no longer exists. The North Sea currently has the world’s largest agglomeration of drilling rigs (Statistica, 2018). The enigmatic “Ekofisk City”, located 280km from the Norwegian mainland, is described by the Norwegian Directorate for Cultural Heritage as one of the “largest and most complex cultural monuments of our time” (‘Kulturminne Ekofisk’). Descending through 75m of the North Sea to subsea formations 2900-3250m below the seafloor, “Ekofisk City” is a production hub and center of field operations, comprising 8 oil and gas fields, 32 platforms, 2 flare stacks and an oil storage tank (Kvendseth, 1988). It was constructed for the elaborate purpose of forcing viscous petroleum to flow, firstly achieved by the injection of high-pressure liquids into reservoirs deep under the seafloor, followed by pumping extracted oil through pipelines and into global supply networks downstream. Over the last fifty years, this type of infrastructure has filled up the North Sea floor, water column and surface, and increased the sea’s overall resistance to flow—a process currently being continued in the wind-energy sector. The resulting configuration has no overall design or coherence, having been planned and erected purely for extractive and logistic purposes in what had been conceived as the endless space of the sea.

Under natural oceanographic conditions without human influence, the viscous mixture of land and sea would solely occur at the coast or around shallow offshore banks. Using a large-scale lens to observe the North Sea as a whole reveals an unfamiliar space composed of redrawn relations between inherited understandings of the open sea and scattered sites of industrial production exported from land. At this scale, the condition of viscosity is no longer purely coastal. In the type of urbanisation manifest in the North Sea, elements of both land and sea exist in parallel, are enmeshed, sometimes fully merged, juxtaposed, and frequently in full contradiction. Viscosity is a condition that can assist us to read these contradictions in a new light, to accept irreconcilable mixtures and avoid inherited forms of categorisation. The North Sea is a cultural product—urbanised, occupied, transforming in unexpected ways.

Volumes of concrete and steel in the North Sea are nevertheless still negligible in comparison to the volume of water. The increase in viscosity is therefore predominantly metaphorical. However, these materials interact with marine life and build new interdependencies. Viscosities are that which “sticks, congeals and attaches to other things (Lutsky, Saloojee, and Scott, 2017). Offshore oil installations attract large numbers of fish, due to slightly warmer water temperatures and food scraps tossed overboard. Rigs and platforms are biotopes for seabirds, and it is rumoured that seals have taken over the cleaned-out caverns of the huge Ekofisk oil tank, which has been “cold” (unused) since 1998. Hence, the North Sea as a whole is being transformed through additional material and cultural layers composed of memory, decay, secretions, coatings, and adhesions, at different scales and speeds, in both biological and industrial time. Viscosity offers designers another way forward within a space of diverse, non-aligned trajectories that periodically intersect and mutually transform their common realm of interaction. As opposed to designing on land, designing for the sea’s viscous space implies making room for contingencies and for the ecological system’s connective fluid tissue to maintain essential functions. It is the “design” of this interstitial space that must be the true focus, demanding an expanded vocabulary, new tools and a paradigm shift in perspective.

Acknowledgement
Nancy Couling is an architect and researcher, currently Associate Professor at Bergen School of Architecture (BAS), Norway, and Senior Researcher at the ETH Zürich, Switzerland. She received a Marie Skłodowska-Curie Individual Fellowship for the project OCEANURB-The unseen spaces of extended urbanisation in the North Sea, under Horizon 2020 (Grant nr. 753682), from 2017-2019 at TU Delft, supervised by Carola Hein.

Jørgensen, Anne-Mette. 2020. ‘The Anthropogenic Seascape and the Energy Transition: The Need for a New Perspective on Marine Nature and Human-Made Structures’. In Couling, N., and Hein, C., eds., The Urbanisation of the Sea: From Concepts and Analysis to Design. Rotterdam: nai010 publishers. 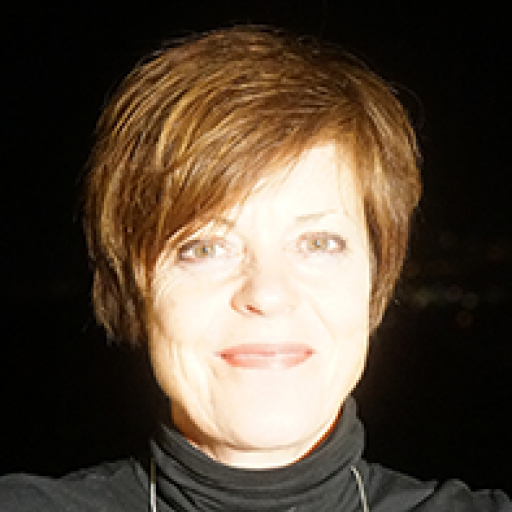