In the free online course (Re)Imagining Port Cities: Understanding Space, Society and Culture, which ran between May 26 and July 7, 2021, learners made a portfolio addressing the spaces, stakeholders, transitions, values, and challenges of a port city territory they chose. We challenged the learners to reflect on their learning in a portfolio and invited them to present their findings in a blog. Over the coming months, we will be posting some of the results. In this blog, Celine Tarabay writes about the incredibly complex situation in the port city of Beirut, where  efforts for reconstruction of the 2020 blast are stalled because of an ongoing economic crisis and governance inadequacy.

The relationship between cities, towns and their adjacent waters has influenced the evolution and development of ports and cities over time. In the case of Lebanon, the location of the country on the Mediterranean Sea and its maritime frontier were the most prominent catalysts in shaping the growth and quality of life for the coastal populations of the country, from the era of small natural harbors to the times of large-scale modern port businesses.

When thinking about the notion “port” nowadays, the words that come to mind are “controlled”, “machined”, and “austere”. People rarely want to go near a port, since in most cases ports are not planned for normal pedestrians to walk around in. With their precarious stacks of shipping containers, massive machinery, enormous cranes, and bland warehouses, people do not exactly deem ports as attractive. Yet for administrative and economic reasons, seaports often had to be near the very heart of these cities, and used to be among their most lively and interactive places.

After Beirut’s apocalyptic explosion on the 4th of August 2020, the city has become an illustration of how dangerous port cities can become, especially when the port is so close to the city. The decision (or indecision) — either by negligence or malfeasance — to allow 2750 tons of Ammonium Nitrate to be stored so close to the center of the capital and the most populated residential areas, has led citizens to blame officials of corruption, and to implicate them in its destruction. To prevent such a disaster from happening again, and to enhance public safety and the port’s public appeal, we need to reimagine Beirut after the explosion. To do so, we first need a better understanding of its space, society, and culture, and the many challenges Beirut faces: from internal to external conflicts, from an economic crisis to an elite class who monopolizes most of the country’s riches, and an environmental crisis that grew tenfold post-blast.

One of the aspects that illustrate these difficulties is the port’s governance system. The port is a place where many stakeholders play a part in providing essential services to the economy as a gateway to the rest of the world. According to a report by the World Bank (Souhaid et al, 2020), however, “Lebanon adheres to a port management system that arguably reflects the complex political-economic realities, and which as a result run counter to many recognized good practices”.  The current system is therefore not efficient, as several key stakeholders have overlapping mandates, different approaches and are based on outdated processes and laws.

Another problem is corruption. Lebanon was characterized as a “hybrid regime” in the Global Democracy Index 2020, and has become even less democratic over the past 12 years (Economist, 2020). This means that checks and balances are lacking, also in the governance system of the port. The stakeholder that is most involved in the port is probably “The Lebanese Customs Association” (LCA). It consists of two parallel institutions: the “Higher Council for Customs”, which sets out policies, and the “Customs Directorate” which performs customs control and clearance functions. Today, the LCA is considered as a facade to the “shadow stakeholders” who in reality are the politicians and policy makers. Traders and logistics service providers perceive Customs as a corrupt agency reflecting the widespread lack of transparency in the broader public sector. Lack of coordination and consultation with other stakeholders have also led to the design of policies and strategies that were almost never implemented.

This duality has proven to be inefficient and again, subject to political exploitation and power struggles. Civil society and the general population are aware of the level of corruption present in the Port of Beirut. For instance, in 2012, the ex-minister for Public Works and Transportation, Ghazi Al Aridi, publicly estimated tax evasion at the Beirut Port at at least $1 billion annually. Furthermore, the Arab Anti-Corruption Organization (AACO) revealed that, in the first nine months of 2012, overall receipts generated through the port reached more than $2 billion with Customs receipts standing at $1 billion. Moreover, according to an article published by The Daily Star on the 13th of November 2012, the large-scale practice of fraud at the Port of Beirut might make some people think that the smuggling of goods is a relatively simple process. It is generally accepted, however, that smuggling in the 21st century requires a  highly organized network of benefactors and beneficiaries.

If we want to discuss how the city and its port have come to what they are today, it should be mentioned that Beirut's relationships with the Eastern hinterland and the European continent world shaped its urban history to a large extent. The context of this relationship is better understood by considering the deep urban transformations at the end of the 19th century which coincided with the several political-strategic, administrative, and socio-cultural catalysts that led to the urban transformation and rise of Beirut into a major port city.

This rise in importance also eventually coincided with the industrial revolution and with the introduction of trains and tramways as urban spatial “components”. However, the most important feature was the transformation of the city as a model, and not only as an urban fabric: thanks to the Beirut Damascus Road that changed the dynamism of the spatial organization, Beirut’s urban identity changed from a city with a port into that of a major port city on the Mediterranean, connected to the depth of the Syrian hinterland.

Towards the end of the nineteenth century, the city, “fin de siècle Beirut” (Hassen, 2005), knew its golden age. With its perfect geographic location –  right in the middle of the Mediterranean eastern coastline – it hardly suffered from economic competitors. The coast, moreover, was an attractive place for tourists to visit, leading to the construction of the Seaside Highway and international chains establishing hotels in the city. 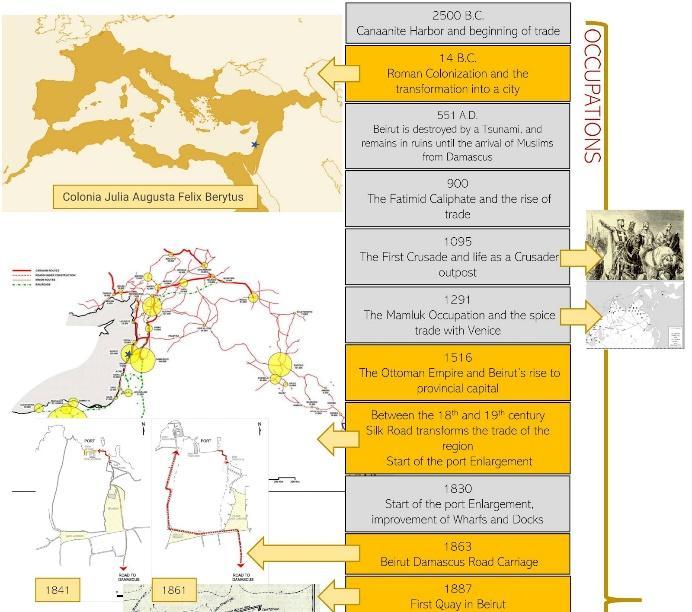 Figure 4 - Timeline of the history of Beirut - Source: Celine Tarabay

The aftermath of the 1975 civil war gave way to political unrest and  increasing corruption. In 1990, the Port came under direct ownership of the government. This followed the expiration of GEPB’s contract, whereas the port continued to be operated by the latter. Now, with the expiration of the private concession, privatization has been extensively discussed. Lebanese companies with links to the government had by now monopolized lifting and logistical works in the port, and fiercely opposed privatization as their financial terms weren’t met. For instance, in an interview about the port of Beirut, Dr. Reinoud Leenders (Lebanese Center for Political Studies, King’s College London), explained that during Rafic Hariri’s time as  Prime Minister of Lebanon (1992-1998 & 2000-2004), numerous efforts were made to accomplish the privatization of the port, however these efforts “ failed due to fierce opposition of other politicians in alliance with some private companies—most of them linked to these same politicians—who kept being hired to carry out logistical and shipping tasks, at very high costs.” He also states that these politicians did not reject the principles of privatization, but rather framed their opposition as such in case the terms of the planned privatization didn’t benefit them.

As a consequence of its troubled past and the increasingly complex national, regional, and international socio-political dynamics, Beirut today faces two main challenges. First, longstanding governmental challenges: the Port of Beirut being Lebanon’s major gateway for external trade, did not succeed as an enabler of economic development in the country. It failed to guarantee safe and efficient operations and neglected long-term strategic planning. These failures resulted from the prevailing mismanagement and ineffective governance that adhered to a port management system that reflects the complex socio-political dynamics of Lebanon. Second, the port of Beirut stands next to expensive real estate: the Beirut Central District. In the 1980s, the government pinpointed it for redevelopment, and after the civil war it was the target of the biggest operations investment in the country’s history: the Solidere Development Project.

The redevelopment was controversial because of concerns about a lack of sustainability, inequality with the rest of the city, high property prices, lack of public spaces, and costly services. In 2015 and 2019, this area became the fulcrum of anti-government protests. Until the interruption caused by the COVID-19 pandemic, protesters took over several buildings and squares in the city. They campaigned against corruption, and for the right of access to public services and resources. In addition, they called for government accountability amid crumbling infrastructure and services, lost public space and environmental decline. These requests reflected the missing values of transparency and accountability, democracy and justice”, and regulation These values still need to be met in the challenge of rebuilding the port after the 2020 disaster.

Powerful historic moments can produce profound reforms to a city. But can the port explosion be interpreted that way? Time has shown that the Lebanese way of doing things has not been fruitful.  It is time to shift: to learn from the analysis of the World Bank, for example, for new stakeholders to take the helm, and to propose solutions. A crucial prerequisite to the rebuilding of the Port is the establishment of a robust institutional framework for the port sector, which can pave the way to rebuild a modern, transparent and efficient port. This is necessary to restore the trust of the Lebanese society and port users into its capacity to strengthen the economic fabric and provide support in overcoming the country’s economic, social, and urban crises.

As for the Beirut blast victims’ families, they may never find a justification for what was taken from them. Meanwhile, Lebanese people continue to wait for reforms to start making their way into political and social structures. They still await the country’s emergence from the unprecedented economic crisis, which remains an irreducibly complex endeavor.

Acknowledgement
The free online course (Re)Imagining Port Cities: Understanding Space, Society and Culture, runs on the EdX platform. The blog was reviewed and edited by Carola Hein and Hilde Sennema. Special thanks to John Hanna for additional reviewing.