Swimming in Port Cities: What Rotterdam can learn from Basel

There’s nothing like summer in a port city, where water is always nearby as a respite from the heat. At least, you would think so. Recently, the Rotterdam police has warned dozens of swimmers near the newly designed waterfront of the Coolhaven that swimming in waterways with shipping traffic is forbidden. Protests arose on social media and even in national newspapers. At PortCityFutures, we wonder if - and if so, how - water in port cities can be used as a public space. In this blog, urbanist Andreas Künzi shares the experience from his hometown of Basel, and historian Hilde Sennema wonders if “the Basel model” could work in her hometown of Rotterdam.

Many people would never even consider swimming in Rotterdam’s Nieuwe Maas or by its docks. Not without reason - only a few decades ago, the busy shipping canal was so polluted that fish had all but disappeared from it. But before heavy industries polluted our waters (and before we became aware of this pollution) swimming in shipping canals was a usual pastime. Makeshift enclosures served as swimming pools when municipal pools were still very few and far between. Just outside of the docks, moreover, the river’s natural shoreline provided easy access to the water. Jacob Katadreuffe, the protagonist of the famous Dutch novel Karakter that is set in 1930s Rotterdam, frequently visits a small beach near the Waalhaven with his friend Jan Maan:

“Employed and unemployed Rotterdammers (...) were there all day long, on the hard, rough river sand, coarse in grain and often greasy because of the clay, lying in the brackish water, or between the tents in the sun (...). Jan Maan liked to swim far away, Katadreuffe did nothing more than toil close by. He could swim, but neither beautifully nor for long, he liked to be  dried quickly by the wind” (Bordewijk 1938, 105, translated from Dutch by the blog author).

Whether it was at this small beach amid port industries, in the moat outside of the city walls alongside people washing their clothes, or even in the water used to weigh down the construction of a new metro line, the image repository of the Municipal Archives shows that Rotterdammers have been swimming in open water for centuries. And despite the bad reputation of the water quality near the port, over the last decade the urban waters are yet again attracting swimmers. There are swimming events, like Rotterdam Swim (since 2007) or the 010 City Swim (since 2017), but also groups of people who swim a few kilometers downstream together. And now that old port areas are being redeveloped for living, working and recreation, urban waterfronts have yet again become more inviting as spaces of leisure.

A good example is “Little C”, a recent housing development near the Coolhaven dock. Little C consists of 320 homes, 10,000 m2 of workspace and hospitality, and a park that organically shapes the transition between the homes and the water, with jetties and even a natural shore. During the hot days this summer, the park attracted people from all over the city to enjoy the sun and swim in the water. After a few days, however, the police started to enforce the existing ban on swimming in shipping waters: swimmers risked a fine of 150 euros (RTV Rijnmond 2022).

The rationale for this ban seems straightforward. Swimming near sluices and large barges can be dangerous due to undercurrents. Every year, around 100 people drown in the Netherlands (CBS 2022), a number that has led the Dutch Ministry for Infrastructure and Water to increase the existing restrictions on swimming in open water (Binnenlands Bestuur 2022). Both the active enforcement of the swimming ban in Rotterdam and these national plans, however, have raised a wide array of protest in both local and national media (see for example Jorritsma & Van Santen 2022; Bouman 2022). The main points of this critique are that the government should, firstly, rely more on its citizens’ sense of responsibility and secondly, invest in facilitating swimming rather than using its resources to enforce legislation. This raises the question of how the municipality of a port city with busy shipping traffic can facilitate safe swimming.

In 2009, the city of Basel in Switzerland decided to renovate and redesign its  riverbank. The enhancement of the infrastructure was improved with the aim to create public space not just along the Rhine but also on it. To this end, riverbank stairs were constructed and showers and exit facilities for swimmers installed (Fig. 2). Permits for “buvettes'' were granted - small outdoor bars along the promenade that serve food and drinks. The efforts noticeably boosted the popularity of the Rhine as public space. On peak days, several thousand people spend time on the riverbanks or are swimming in the river. The architect Pierre de Meuron even went so far to call the Rhine the “Central Park of Basel” (Gruntz 2021).

Like in Rotterdam, the history of inner-city swimming in Basel goes back centuries. The first official bathhouse on the Rhine opened in 1831 due to efforts of the “Gesellschaft für das Gute und Gemeinnützige” (Association for the Good and Charitable), a private non-profit organization founded in 1777 (Ludwig 1962). Since then, swimming in the Rhine has become one of Basel’s most favored leisure activities. The 2019 exhibition Swim City at the S AM (Swiss Architecture Museum) linked the triumphal procession of urban river swimming in Basel, and in Switzerland in general, to three main factors: high water quality, a pragmatic legal approach to risk and efficient bureaucracy (Buser et al. 2019, 10-11).

One crucial requirement for urban swimming is clean water. The excellent water quality of inner-city rivers in Switzerland largely stems from the short distance from source to city. Swiss rivers such as the Aare or the Rhine spring from the Alps. They run for several hundred kilometers only before reaching urban areas. The topography of the river tracks is hilly and dense, making it impossible for large vessels to pass through. Consequently, the riverways from source to city are free from waterborne transport pollution or related industry typically situated along the riverbanks (see Winkel et al. 2016). Furthermore, Switzerland is often labeled as the “water reservoir” of Europe (Bartu 2012). Since the country has little to no other natural resources, water is treated not only as a cultural but also an economic property and maintained accordingly. This is reflected in the emphasis that Switzerland historically put on its laws and legislations concerned with water conservation (Eawag 2021).

The success of river swimming in Basel benefited from, if not depended on, diligent bureaucracy.

In many countries swimming in urban river areas is illegal due to the risks that come with it. Municipalities in Switzerland tend to reframe these risks, to some extent, into collective responsibility. Citizens are seen as accountable and are expected to acknowledge and recognize the risks that come with swimming in urban rivers. This is exemplified through the foundation of the Swiss Lifesaving Society (SLRG) in 1933. With the increasing popularity of urban river swimming in the early 20th century, the number of accidents cumulated (Ludwig 1962). Because of this, political advancements with the aim of making urban river swimming illegal increased. The SLRG was formed to oppose these advancements, arguing that the problem should be addressed through the foundation of an institutional body concerned with water safety rather than a law preventing urban river swimming altogether (Schweizerisches Rotes Kreuz).

A thorough approach to bureaucracy, as it is (stereotypically) cultivated in Switzerland, arguably provisions another condition for urban river swimming. The swimmer’s claim for the river as a place for leisure activity tends to conflict with other, typically more established usages such as industrial and commercial shipping or public transport means. To this end, an efficient coordination between a myriad of different actors to align different claims and interests is crucial. In 1980, the Basel section of the SLRG initiated a map depicting areas for swimmers and routes for vessels that has since been maintained and updated (Fig. 4). Setting up these official guidelines demanded a constructive and organized exchange between different stakeholders, such as the municipality, the police, the (swimming) public and the port industry. The success of the undertaking arguably benefited from, if not depended on, diligent bureaucracy.

Besides the basic prerequisite of the quality of the water, the example of Basel shows that conscious legislation, allowing space for individual and collective responsibility, and a well-functioning bureaucratic system are pillars for safe swimming in urban waters. With the summers becoming ever hotter due to climate change, and waterfronts thus becoming ever more attractive as spaces of leisure, governing bodies in port cities must anticipate a growing popularity of urban swimming in the near future. The threat of fines has not yet led to an empty waterfront near Rotterdam’s Little C, and the media attention draws even more curious visitors - and swimmers. It is therefore not the question if port cities should accommodate swimmers near shipping traffic, but how.

The “Rhylax” programme for respectful use of the Basel waterfront: https://www.entwicklung.bs.ch/stadtteile/rhylax.html?fbclid=IwAR1vkJQFteYq-eRCXcpPXK4BzRMhFlT1B7BK2X8nRCesRPWJOZuXQvoMbGM

Basel as a case study for swimming culture in Belgium: https://www.pooliscool.org/news/2018/7/26/watch-out-it-s-hot 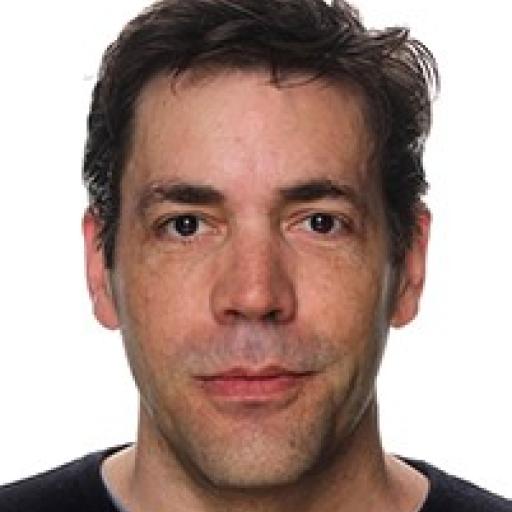