In 2019, Rotterdam and Shanghai celebrated 40 years of sister city relationships. Both cities have drastically changed during this time: the scaling up of industrial activities led to large scale port expansions, but also to the emergence of vast areas of disused waterfronts. City and port authorities have played a significant role in steering the redevelopment of these disused areas into new directions and developing new futures for citizens. These redevelopments, however, raise new questions regarding the transition of old port spaces into new uses and purposes, whether these developments are more “pro-port” or more “pro-city”, meaning whether they serve the interests of the port or those of the city. This distinction depends on the type of business functions that generate most value and thus should re-occupy the brownfield ports on the port city interface: large scale industry (e.g. biochemicals, scaling up hydrogen production and use), light industry (e.g. circular designs, 3D manufacturing), a maker’s movement, an urban service sector, urban housing or even tourism.

In this blog, the new stage of port-city interface evolution will be investigated with the port city interface of Stadshavens in Rotterdam and the Baoshan port-city interface in Shanghai as case studies. Because these two interfaces are under different governance structures, comparing the two revitalization processes allows for better understanding of the current stage of port city redevelopment. In recent years, revitalisation policies of port cities, such as Rotterdam and Shanghai, have focused on design concepts grounded in sustainable economic development, social inclusion and entrepreneurship. The port and city authorities of both Rotterdam and Shanghai propose to revitalise old port areas into areas of innovation and economic renewal. In Rotterdam, the revitalization programme Stadshavens creates new links between city and port. The Stadshavens programme was launched in 2004 and has a planning horizon of 30 years, covering 1,600 hectares of land and water (4.9% of Rotterdam Municipality). The Stadshavens are situated between the main port in the west, university of technology and delta technology research institutes in Delft in the north, and the Rotterdam urban district nearby in the east. In Shanghai, Baoshan District has started its waterfront redevelopment in 2006, facing the challenge of an integrated development of port and city. Baoshan District (Baoshan) is located in the north of Shanghai, bordering the Yangtze and Huangpu Rivers, and covers 29,371 hectares of land and water (4.6% of Shanghai).

The similarities between the two are the proximity between port and city, and the transition process of old to new. Rotterdam Stadshavens consists of distinct port areas: Waalhaven and Eemhaven on the south bank, Merwehaven and Vierhavens on the north bank (Figure 1). The former shipyard RDM lies in the centre of the area. The Rijnhaven and Maashaven are the two areas in the east of the Stadshaven area. Baoshan in Shanghai has four distinctive development areas and two harbours: the east, south, middle and north area, and Wusong port and Luojing port (Figure 2). Another commonality is the re-use of the industry heritage which are converted into workshops, educational facilities, laboratories and testbeds. In Rotterdam, the former RDM shipyards has been turned into an Innovation Campus. In the city ports of Rijn- and Maashaven, port basins are currently used for temporary floating experiments, such as the Floating Pavilion and the Floating Forest, but are ultimately planned to be partly filled up for housing. In Shanghai, Wusong Port is transformed from a container and bulk cargo terminal to an international cruise port. Part of Luojing Port is and will remain a bulk cargo terminal for the foreseeable future, whereas another part of it will be transformed into a concert hall.

There are, however, significant differences between the two cases. Rotterdam and Shanghai show different governance structures which have led to a certain degree of differences in the port-city integration development. In Rotterdam, where the port authority and the municipality have jointly formulated the integrated development of the port and city, the various areas of Stadshavens have distinct functional profiles. Area developers encourage bottom-up initiatives and carefully steer their plans in a direction which allows for upgrading derelict industrial estates. This adaptive approach provides flexibility but also has its downside. In some areas (e.g. Merwe Vierhavens) the redevelopment required a new spatial framework (2019) to address the lack of cohesion and accessibility to the waterfront and solve the physical barriers of heavy road traffic. In Shanghai, although the municipality and the port authority strive for port-city integration, the development of the port and city is scattered over several different planning documents of the city government, the port authority and the district government. This makes Baoshan's various areas (Wusong Port, Luojing Port, East Area, South Area, Middle Area and North Area) weakly connected, and the interaction between the port and the city remains unclear.

A comparative analysis between Rotterdam and Shanghai provides insights in the direction of port-city interface revitalisation and its pro-port or pro-city directions. In both port cities, each area has a distinctive pathway for future development, and can be differentiated by an emphasis on either volume, value and crossovers of value. We have observed that the different governance structures in these port cities result in distinctive choices on the interface revitalization. Specifically, the joint governance by a port authority and a municipality creates more opportunities for an integrated port city redevelopment approach. Commonalities are found in these two sister cities as well. Port (cargo) related functions can be intensified and upgraded to port services, while new functions can also be created. The Rotterdam makers’ districts, where emphasis is more on value than on volume, illustrate this upgrade. In an inclusive approach, complementary functions reinforce the relationships between port and city. Moreover, such an approach generates valuable knowledge crossovers, for example between education institutes and entrepreneurs. It is the ability of port and city planners to anticipate business needs by clustering business functions, while other areas cater for the needs of entrepreneurs, young professionals, and creatives, who can turn revitalisation plans and policies into reality. In this adaptive approach, it is also the learning experiences towards the vision that matter, not just the realisation of it. These experiences are worth sharing in the spirit of friendship between two sister-cities.

Acknowledgement
This blog has been written in the context of discussions in the LDE PortCityFutures research community. This blog is based on Yueyue Zhang’s PhD thesis (promotor prof. dr. Peter Ache) and Maurice Jansen’s PhD research (promotor prof. dr. Rob van Tulder). Both research projects have a focus on port-city innovation ecosystems. It reflects the evolving thoughts of the authors and expresses the discussions between researchers on the socio-economic, spatial and cultural questions surrounding port city relationships. Special thanks for comments and reviews to Asma Mehan and Stephan Hauser. 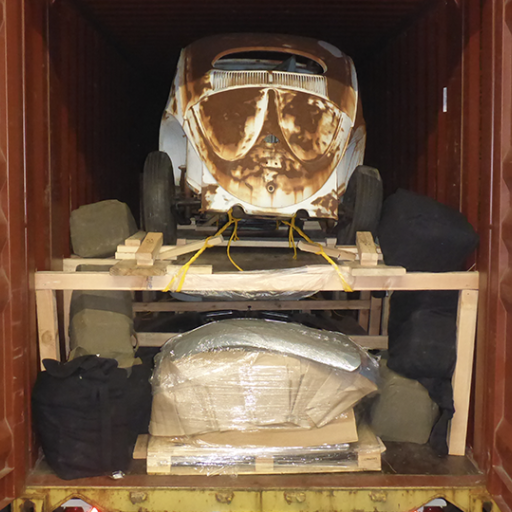