How can we better grasp, articulate and examine particular character traits of port cities, especially when research endeavors frequently tend to develop from presumptions about the unique or exceptional position of port cities in the first place? Responding to a recent special journal issue by the PortCityFutures board that explicitly frames the question of port cities’ peculiarity from a cultural perspective (Hein, Luning and Van de Laar, 2021), in this blog post PhD candidates Yvonne van Mil and Vincent Baptist play devil’s advocate while they come to terms with their shared concerns and struggles when conducting port city-related research.

Research on port cities has generated various terms, concepts and expressions that are often used interchangeably. At the same time, certain assumptions and proclaimed ideas on the nature of port cities raise more, and more similar, questions than definite answers. All this can leave scholars with the feeling that they cannot see the wood for the trees anymore. In this contribution, we deliberately play devil's advocate by teasing out certain research difficulties, and by questioning how we can thoroughly recognize the specific characteristics of port cities and related topics, while simultaneously not becoming blindsighted by them.

Within PortCityFutures, we for instance aim to study the particularities of port city regions. We thereby define a port city region as a global hub, a fuzzy territory of port-related flows of goods, people and ideas (Hein and Van Mil, 2019). However, what a port city region or territory really is, spatially and socio-culturally, remains vague, according to Yvonne. An explicit definition seems to be lacking, making it harder for different scholars to know if they are studying the same spatial constellation, let alone compare their object of study. The Oxford Dictionary of Human Geography gives no description of a port (city) region. Searching for the term on Google Scholar also provides limited results, most of which describe a specific context or case study, rather than define the concept itself. It simply remains a multifaceted concept that potentially encompasses multiple realities, ranging from the economic territory around a port (port region as industrial district), to the logistics area that connects to the port (port region as port hinterland), or the area in which the relations between different ports take place (port region as port system). The port city region ultimately does not even have to be a tangible area adjacent to the port, but could just as well consist of several (smaller) areas that are (indirectly) influenced by or related to the port (port territory as ‘port cityscape’; Hein, 2019).

Within the context of the PCF-affiliated Pleasurescapes project, Vincent has recognized and expressed similar reflections. In contrast to port city regions, we can research past pleasure practices in port cities by zooming in on those specific neighborhoods where amusement historically unfolded. On the other hand, however, the legacies of former entertainment districts may well be living on and influence the present-day situation of port cities (Baptist, 2020). A crucial difficulty lies in bridging the strong spatial delineation of former pleasure areas and their lasting socio-cultural resonance throughout port city history. This is also encapsulated in the use of Arjun Appadurai’s highly popularized ‘-scape’ suffix (1996), of which the broad academic appeal has left the door open for an increasingly wide range of applications. Employing the term ‘pleasurescapes’ in the specific context of port cities should ultimately unveil something about the particularity of this type of urban environment. Yet the initial premise motivating such research, namely port cities’ exceptional nature vis-a-vis other cities, can have a counterproductive effect on the observations and insights that need to be generated. Carefully questioning, rather than prematurely positing, the distinctiveness of port cities should thus be the starting point, from which to build up critical investigations touching upon the essence of what a port city actually is or is not.

“The initial premise of port cities’ exceptional nature vis-a-vis other cities, can have a counterproductive effect on the observations and insights that need to be generated.”

A decade ago, César Ducruet already pointed out that the concept of the port city had become blurry. Despite the amount of case studies and scientific models available in the literature, there was still little evidence about the particularity of contemporary port cities as compared to other cities (Ducruet, 2011). In addition, Ducruet suggested that the ways in which scholars themselves have traditionally treated ports and their adjacent regions may actually have engendered this very problem, since their essential gateway functions for example ensured that ports were frequently not even incorporated in regional classifications (2009). The lesson to be learned here is that by elevating the port city to a special kind of region or territory, we overlook the importance of actually specifying and defining it. Although the term ‘port city’ is a powerful concept that immediately evokes clear images, Frank Broeze argues, it has long been used “extremely loosely and inconsequentially” (1985, p. 210). As a result, academics of various strands can easily fail in truly describing and studying the concept. Broeze for instance states that “urban historians have thus tended to discuss port cities and their economic, social, cultural and political issues, as if there were no specific maritime functions and milieu that could have a significant influence on the total process of urbani­zation and spatial and social evolution” (1985, p. 210). Geographical and economic studies, on the other hand, “deal, often in great detail, with the port and its various aspects, such as its physical development and cargo-handling equipment, shipping movements or trade statistics” (Broeze, 1985, p. 210). All these studies can provide a valuable insight into some particularities of port cities, but may ignore the impact of these particularities on the port city (region) as a whole.

If we specifically think about the overarching spatial character of port cities and port city regions, then what makes them supposedly so unique? Port cities and their regions share many characteristics with other industrial and urban areas. Their gateway functions are arguably similar to that of modern airports, even though the latter ones do not possess the same historical embeddedness with their local urban surroundings as ports do (Konvitz, 2012). The location of port cities at the intersection between water and land is crucial, but also not entirely unique. Research has confirmed that a clear majority of (different types of) cities and towns are historically located along navigable water (Forgaci, 2018, p. 39; Van Mil and Rutte, 2021, pp. 15-16). The same could also be said for (large) industrial areas. Tata Steel, the blast furnace and steel factory in the Netherlands, is for example located by the North Sea. For industrial complexes, good transport connections are essential: the longer the distance, the higher the costs. Therefore, large-scale industries have been settling around navigable water for centuries. Moreover, not every port city necessarily has the same ‘maritime mindset’ in the end (Sennema et al., 2021). Consider, for instance, the obvious differences between Amsterdam and Rotterdam. Just like Rotterdam, Amsterdam has traditionally been a port city and still has an extensive industrial port area to this day, but with its position as national capital taking precedence, Amsterdam has a completely different cultural mentality than Rotterdam.

In order to study the particularities of port cities, their districts and their regions, and to really understand what defines them and makes them special, we first and foremost need to dismantle the persistent vagueness around port cities and their supposedly unique character; we need to concretize them. Given the previous warnings and critiques by scholars in the field, port city researchers should not fall into the trap of circular reasoning and self-fulfilling prophecies. We should ensure that the conducted research, and the various ways in which its results are expressed, do not become symptomatic of that which we critically want to question: the exceptionality of port cities.

We believe that the process of ‘concretizing the uniqueness of port cities’, so to speak, can be shaped by searching for more tangible elements and objects of study. In our own studies, we are attempting to streamline this through (historical) geo-spatial and deep mapping approaches. A spatial analytical approach helps us to strip down the port city into individual and banal objects, such as cranes, quays, banks, sheds, warehouses, merchant houses and port authority institutions. When brought together, all these elements can help (re-)build new understandings of the port city and its region from the ground up. In relation to historical port city amusements, we can turn to even more quotidian elements, like bar signs and tourist souvenirs as cultural remnants of former sailor pubs and dance halls. Gathering maritime urban objects like this, and subsequently localizing them through mapping, can help us grasp and ground the port city or port city region more directly.

That being said, it is also still necessary to check whether we are not fooling ourselves in different ways during this methodological process. After all, maps, and other types of graphical representation of spatial and/or socio-cultural phenomena, can contain and reflect the biases of their own makers. Mapping remains simply a tool in the end, but a potentially powerful one to unveil our own research prejudices, in order to ultimately gain a better understanding of the particularities of port cities and communicate our findings.

Acknowledgement
Yvonne van Mil is a researcher and PhD candidate at Delft University of Technology. Vincent Baptist is a PhD candidate at Erasmus University Rotterdam, where his research is part of the collaborative European HERA Pleasurescapes project. This blog was peer-reviewed by members of the PortCityFutures community, and edited by the PortCityFutures editorial team: Carola Hein and Hilde Sennema.

References
Appadurai, A. (1996). Disjuncture and Difference in the Global Cultural Economy, in: Modernity at Large: Cultural Dimensions of Globalization, University of Minnesota Press, pp. 27-47.

Ducruet, C. (2011). The Port City in a Multidisciplinary Analysis, in: J. Alemany and R. Bruttomesso (Eds.), The Port City of the XXIst Century: New Challenges in the Relationship between Port and City, RETE, pp. 32-48. 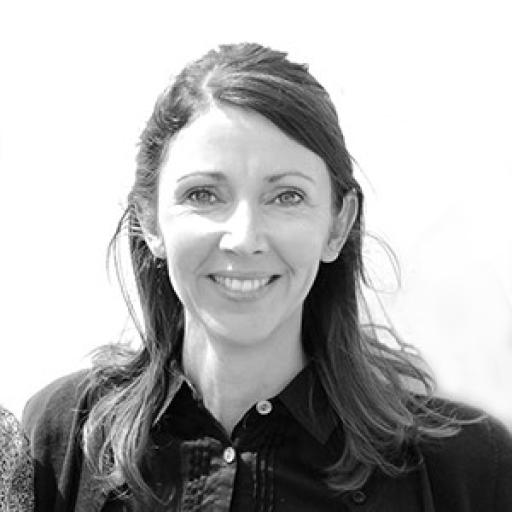 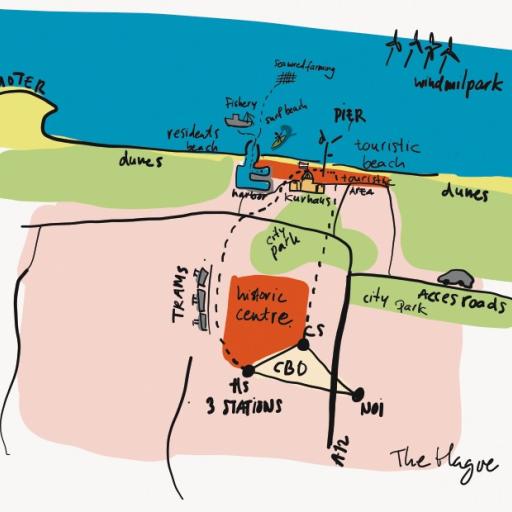 Port of The Hague: Safety First