PortCityFutures and ICOMOS NL collaborate with several partners, both in and outside the Netherlands, to address the importance of integrating culture and heritage in sustainable decision-making within water and climate issues. We have asked several professionals in the field to write a brief ‘Blue Paper’ to put the most pressing issues on the agenda. These papers will be combined in a Blue Book for our online conference on October 4 and 5, 2021. To start off the series, historian and PortCityFutures team member Hilde Sennema wonders why the Dutch are hardly aware of the miracle beneath their feet: that their country is largely built on swamp land.

Up until the 1960s, more than 750,000 houses in the Netherlands were built on wooden piles. With over 30.000 piles, the palace on Amsterdam’s Dam square is an impressive example of this type of engineering. As long as the piles stay under water, they retain their strength. If water levels fluctuate, however, bad things can happen. Mold or bacteria can damage the piles, and may cause our homes to sag. Water, therefore, is literally at the base of our existence.

My own house in the west of Rotterdam is an example of this phenomenon, together with 5 to 30% of the buildings in my neighbourhood. This number was calculated by the municipality and visualized in a map, the ‘Funderingskaart’ (fig. 1), indicating the risk of areas within the municipality. Besides charting the risk, the municipality has organized a process of testing per neighborhood. Whereas the homeowners themselves are responsible for their foundations, the municipality subsidizes 75% of the cost of these tests.

Some of my neighbors responded with suspicion. Repairing our foundations is an extremely costly business, and while the testing is partly funded, the repair costs must be borne by the home-owners. A neighbor wondered whether we could hold the water board liable for the fluctuating water levels. “I mean,” he said, “what has the water board actually been doing for us all this time?” The historian in me couldn’t resist lecturing him - in a week in February in which the water levels were alarmingly high - that thanks to the good people of the water board we can live in a place that still was a swamp a thousand years ago.

In hindsight, however, I did understand his question. We take water management for granted, and water boards do little to raise awareness of their complicated but crucial task, and of the centuries long tradition of these crucial water works. Recently, an engineer at one of the Dutch water boards told me about their heritage policies. 'We'll think about that as soon as we’re done protecting the dikes,” they said, a quintessentially Dutch way of saying when pigs fly.

This reaction is even less surprising when you take into account that water boards have been struggling to keep their heads above water themselves - metaphorically speaking. For decades, the water boards were subject to downsizing and reorganisation, and every once in a while politicians both left and right suggested they merge into the provinces. Their impressive historical role, and their crucial role in the future, however, have thus far left the water boards intact.

Yet they don’t seem to succeed in implementing their heritage and culture into policies. Illustrative of this difficulty is the story of Hans Brinker as a carrier of Dutch water culture. His story is well-known both in The Netherlands and abroad: the small boy who, when the water rose and a dyke broke, single-handedly saved the hinterland by sticking a finger in the dyke (figs 2 & 3). Hans Brinker, however, is a fairy tale based on Dutch folklore cliches, written in 1846 by the American writer Mary Mapes Dodge. 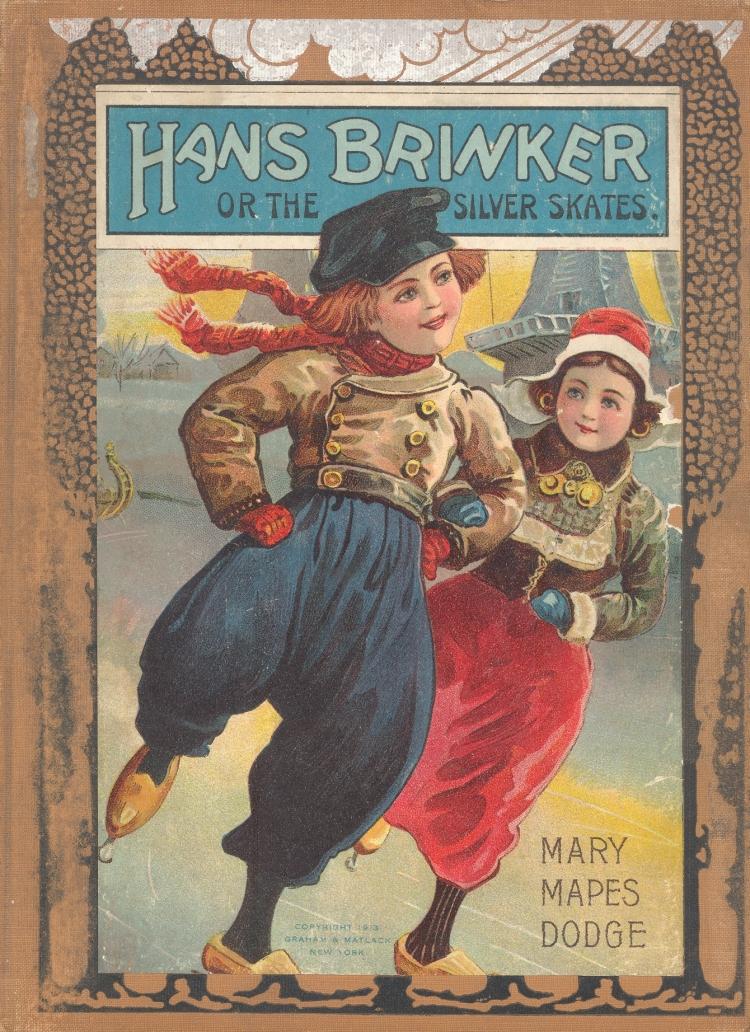 Figure 2&3: Cover of Mary Mapes Dodge’s book on Hansje Brinker, and an illustration of the dyke story by Louis Rheedes (WikiMedia Commons)

As a consequence, water boards still fail to impress the importance of their role upon the general public: that they are the heroes we need when sea levels keep rising, that they are a fixed value that can be shared regardless of political preference.

Now climate change mitigation is at the top of the political agenda, the waterboard could be the collective hero or unifying metaphor we so desperately need. How can we raise awareness of the miracle under our feet? How can we refresh the collective memory of castles built in swamps, of people working day and night to keep this fragile ecosystem meters below sea level livable? How can we convince them of the most important paradox of our time: fertile soil and dry feet?

The issue of the 750.000 Dutch houses with potential foundation problems is a case in point. According to recent research, the draught in the summer of 2018 exacerbated this problem, urging for quick and smart solutions. The responsibility of this problem, however, is divided among homeowners, waterboards, and municipalities, while the issue also is of national social, spatial and economic importance. A Dutch children’s verse prophetically summarizes the problem:

English:
Amsterdam, that big city,
Is built on one hundred piles.
Should that city fall over,
Who will pay for that?
Not me, not you, not anybody.

In order to find joint solutions for wicked problems like this, shared values and an understanding of culture are crucial for integrating different interests into a solution. A broad awareness of the Dutch Water Miracle might be a first step. Without referring to an exclusive ideology, it reminds us of our current prosperity and offers perspectives for the future. Because if we can build a palace in a swamp, we should be able to keep our feet dry.

Acknowledgement
This post is one of the Blue Papers, an initiative by ICOMOS-NL, TU Delft and University of Groningen to argue the importance of heritage and a cultural approach within water related challenges. It is a translated and edited version of a column that appeared in Het Financieele Dagblad on February 7, 2021.