Adaptive Strategies for the development of the Port of Beirut and its neighborhood: The role of academic studios

In the aftermath of the devastating explosion in Beirut in August, 2020, many ideas for reconstruction surfaced in the media. These ideas, however, often hinged on old visions on the city and did not always have the best interests of the people living near the port in mind. In an interuniversity design studio project, master students of architecture at TU Delft proposed new visions. They are now on display in the virtual Adaptive Strategies Exhibition. In this blog, teachers Nadia Alaily-Mattar and John Hanna recount the importance of academic visions on planning in general, and on the reconstruction of the port city area in Beirut in particular.

Urban transformation is a process of fundamental change from one state of affairs to another. It is often accompanied by risky choices that trigger the start of a new chapter in the history of a place, a neighborhood or an entire city. These choices can be imposed from above, but for these choices to unfold into urban transformation, they need to be accepted from below, by those who carry the risks and bear the costs as they co-write a new chapter in the history of their city.

Beirut is often described as a phoenix, that has mythically risen from its own ashes several times. This populistic depiction masks the reality that the subsequent rises and falls of the city were willed into existence by actual actors rather than by otherworldly forces. And often, this was by imposing one will against an “other”. In the last few decades of spirals of reconstruction, construction and destruction of the city of Beirut, the winners overlooked the fact that they cannot sustain, if there are too many losers in this game. After the explosion in the Port of Beirut in August 2020, the trajectory of the redevelopment of the port of Beirut and its neighborhood is yet at another potential juncture. How will this area be reconstructed, what role(s) can the port play? How will this be decided, and who will decide?

In post-disaster contexts such as Beirut, powerful actors and influencers of the public opinion often offer competing ideas of how to best ameliorate conditions over the short and long term. One of the tools used in this competition includes images of supposedly better futures. Winners of this race are often the ones whose images endure. These images spread and go on to infuse and then steer public discourse. Academia plays an important role in this battle, both by commenting and advertising projects, and by introducing new possibilities to balance out this competition of ideas. The protected laboratory setting of academia allows experimentation, allowing for relative freedom from potential failures and their consequences on the livelihoods of people. These experiments may include students offering counterproposals to feed the discussion of which alternative futures are possible and desirable. By putting the transformation process at the center of investigation, student work can shift the focus to thinking about who will do what, when and how, rather than on the what.

When you allow several future scenarios to run alongside each other, urban transformations can benefit from plausible interplays of spatially relevant interventions at different scales and times. The goal of such an exercise is not to design a static and grand master plan, but rather to consider the inter-temporal and inter-scalar impact of interventions that can steer the urban transformation process with truly adaptive strategies, at least that is what we argue in the setup of a course by that name. It argues that we need an approach that goes beyond finding a solution that is locked in time, but instead one that includes transition steps. The notion “adaptive” underscores a defining feature of such strategies, namely their adaptiveness to volatile contexts - be they sociopolitical, economic or environmental. Such contexts often exert limitations on the implementation of strategies. This adaptiveness can only be achieved through extreme sensitivity to the context and the history of the location where these strategies are proposed.

It is within this context that the Chair of History of Architecture and Urban Planning at TU Delft offered the master’s elective course “Adaptive Strategies” for the 2020/2021 Spring Quarter to address the future development of the Port of Beirut and its surrounding area. Privileged by the Chair’s research agenda and long expertise in investigating port cities, and its leadership in the PortCityFutures research program, we designed the elective to bring the port-city relationship to the forefront of the research inquiry. Guest lectures by Christine Mady (Notre Dame University, Lebanon), Robert Saliba and Nisreen Salti (American University of Beirut), Jana Haidar and Tala Alaeddine (Public Works design lab, Beirut), and Peter Grudina (former Masters student at University of Ljubljana) introduced students to the city of Beirut. Alan Plattus (professor of architecture at Yale University) offered input on the theme of port-city relationships.

The students were asked to focus their work on the Karantina neighborhood, a largely neglected urban pocket on the south eastern borders of the port of Beirut. This neighborhood shares some features with similar areas located near ports around the World. They developed as places for housing port workers or as makeshift sites for the city’s new comers. Throughout the 19th century, Karantina has been central to the development of the port and Beirut as a whole. Lebanese Historian, Toufoul Abou-Hodeib (2007) discusses how the construction of Beirut’s lazaretto in the Karantina area in the 1830s contributed to the expansion of the port’s regional role and trade volume. As a result of the port’s expansion, Beirut transformed from a coastal town with a port to a major eastern Mediterranean port city. During recent years, with the establishment of modern Lebanon as an independent state, Beirut’s urban development efforts have been oriented more towards the land side. The port area and its surroundings slowly started to show different aspects of urban deterioration, such as the spread of perilous industries and informal developments. This has resulted in a strong visible and spatial separation between Karantina and the rest of the city (Khalaf 2013). The port blast of August 2020 brought additional complications to the neighborhood of Karantina as its buildings and urban infrastructure incurred massive destruction (Al-Harithy and Yassine 2020).

The students participating in the seminar were asked to propose adaptive strategies for transforming Karantina while taking into consideration how the relation between the city of Beirut and its port can be redefined. Such an exercise required careful selectivity rather than comprehensiveness. It necessitated the development of a phasing logic for the implementation of the strategy over different time intervals. In addition, the exercise called for taking the different actors and their roles into consideration.
The students’ projects covered a wide range of aspects regarding Karantina’s relation with both the port and the city.

A number of student groups identified the waste treatment plants that already exist in Karantina as an opportunity. Their proposals included a transformation of these facilities that currently pose a number of negative externalities and threats, while retaining their function. By considering the value chains of waste treatment and the spatial distribution of such value chains, one student group expanded the function of the waste treatment plant and reorganized it as a central component in the neighbourhood.  Titled “Karantina with 3S’es: Sustainability, Sociality and Sentiment”, one student project envisaged an active role for NGOs in this transformation process, in which the organization of the collection and recycling of waste becomes a form of ‘urban manufacturing’ that does not only bring an opportunity for creating new jobs, but can also connect the residents of the city. In the words of the students: “Where the confessional democracy in Lebanon fails, this initiated grass roots movement will increase understanding and cooperation across confessional boundaries. The sentiment of being dependent on a failing government will be replaced by a constructive positive attitude towards the offered local possibilities” (Chang et al. 2021).

The challenge of the lack of connectivity of Karantina occupied a prominent position within the students’ projects. Various projects featured proposals for addressing the pedestrian connectivity across the highway to the south and the connectivity to the Beirut river to the eastern borders of Karantina. The students proposed the introduction of new safe and friendly pedestrian corridors that can facilitate the mobility between Karantina and its surrounding neighborhoods. In many cases, these corridors were connected to new activities and urban nodes inside Karantina, in a way that brings the residents of Beirut closer to their port.

While all student groups proposed a number of incremental low cost interventions, particularly in the early stages of the transformation process, some groups linked these to subsequent bold and high impact interventions. They will only become possible after the ground has been prepared, both physically and emotionally. For instance, one student group conceived of transforming part of the port into algae facilities for producing clean energy. By proposing such farms on prime real estate at the vicinity of the port and within visual sight from the city center and the highway, the symbolic potential of these farms becomes in itself an additional dimension of this proposal. In their words: the “proposal is to use the port of Beirut to make a statement that the port does not exist to solely make money, but to support the lives of the residents of Beirut and provide a bright future” (Mosto et al. 2021).

The reality of devising adaptive strategies for urban transformation is a much tougher task than an academic exercise. Especially, when it takes place in contexts where a clear and a transparent mechanism for urban development and urban governance is largely missing. A main challenge for any transformation project for Karantina is how to manage ambitious and visionary thinking with the aspirations of those who need to be convinced of doing the legwork, transforming those ambitions into reality. Rebuilding trust between the local communities and the actors who will propose or even spearhead transformation processes is an urgent task which necessitates various levels of political reformation and promotion of active urban citizenship. The emotional sensemaking power of images should not be underestimated.  Architectural thinking is powerful because it can generate images that make alternative narratives for the future plausible. With this power comes a responsibility of not being instrumentalized. Proposing changes to urban settings is therefore not a mere scientific or rational undertaking. In fact, such undertakings are always politically motivated, as disputes for finite resources need to be settled. The race to own the narrative will be won by those who deliver images the fastest. Unfortunately, a quick win is rarely a win for everyone. Academia can make a difference by introducing proposals that foreground long-term and collective interests.

Acknowledgement
This blog has been written in the context of discussions in the LDE PortCityFutures research community. It reflects the evolving thoughts of the author and expresses the discussions between researchers on the socio-economic, spatial and cultural questions surrounding port city relationships. Special thanks for comments and reviews to blog editors Hilde Sennema and Carola Hein.

The virtual Adaptive Strategies Exhibition features a selection of the final projects submitted by the students of the master’s course. 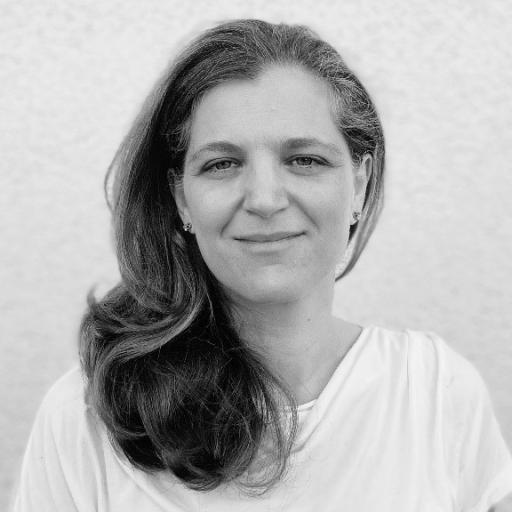 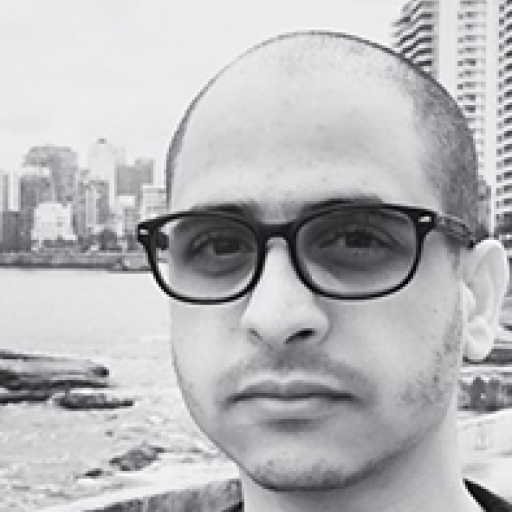