Cosmopolitanism derives from the ancient Greek words for citizen of the world. The concept gained its modern sense during the socio-economical transformations of the nineteenth century. The reason for this resurgence has often been linked to the rise of capitalism, the emergence of global trading, and the idea that all human beings—regardless of their communal affiliation—can be members of a single, global or ‘cosmic’ community. Within this framework, port cities emerged as a site of cultural exchange where people from different parts of the world mixed and influenced one another at a greater pace than ever before.

Nineteenth-century Mediterranean port cities played a particularly important role in the emergence of this global economic system (Braudel 1975, Cartier 1999, Driessen 2005, and Eldem 1999). The history of Mediterranean port city regions and the focus on the long history of their interconnections can provide novel insights for better understanding today’s port city concept and the global order that emerged from its system. Ottoman Salonica (today Thessaloniki, Greece) was in fact one of the great nineteenth-century port cities. Although the city lost its prominent place as major Mediterranean port city, especially after the Balkan Wars 1912–13, the Great fire of 1917, and later the German occupation 1941–3, its history reminds us of the first forms of global interaction, social networks and conflict. As a matter of fact, a closer look at the case of Salonica, like any other Mediterranean port city, can help in re-thinking the future of port cities through the concept of global citizenship.

In Salonica, three religions coexisted since the fifteenth century. Before the settlement of Iberian Jews (Sephardim) in 1492, the Orthodox Greek population controlled most of the trading activity in what was then one of the most important ports in Europe up until the fifteenth century. After the settlement of the Jews, the demographic balance of the city changed. By the end of the nineteenth century, Salonica was home to three major religious groups: the Jewish majority constituted more than half of the city’s citizens, a quarter were Muslims, and the Greek-Orthodox population was less than ten percent of the population. Additionally, the city inhabited a sizable European expatriate population. The co-habitation, however, was accompanied by conflict between different ethno-religious groups.  As a matter of fact, the inhabitants were living segregated in neighbourhoods according to their ethno-religious origin in the city centre (Mazower 2006).

During the nineteenth century, Salonica’s well-connected port served as the transportation link between the Levant and Western world. The trading activity spurred the industrialization of the city well beyond the city walls. With its large textile production industry, tobacco businesses, food industry, and artisanal production, the city and its port became an important supplier for both Eastern and Western markets. The city was also a hub of print manufacturing due to its developed printing technology and fast circulation, which were enabled by its port and railway connections. The newspapers and periodicals published in these printing houses, in several languages, played an important role in spreading political ideas, and connecting the city with the rest of the world (Anastassiadou 1997).

The city’s developing character as a cultural, industrial, and commercial hub made it a thriving ground for emerging political activity too. Cosmopolitanism coexisted with anarchism, socialism, and nationalism. The city was the target of bomb attacks by Macedonian anarchists in 1903. Moreover, a socialist workers federation was formed in 1909 by a group of Jewish workers. The federation became the strongest workers party in the Ottoman Empire, drawing members from different ethno-religious communities. In addition to a multicultural workers union, the networks of the port city of Salonica also gave fuel to the spread the idea of French style nationalism (Mazower 2006). The Ottoman opposition movement of the late nineteenth century, the so-called Young Turks, also partly had its roots in the city. Starting as a Ottoman-Muslim secret society in Salonica, the movement evolved into the Turkish nationalist ruling elite of Turkey after 1923 (Zürcher 2010).

After being captured by the Greeks during the Balkan Wars in 1912, and losing a portion of its Muslim population as refugees, a fire destroyed the Northern quarter of Salonica (at the time Greek Thessaloniki) in August 1917, leaving more than 70,000 people homeless. The fire burnt nearly half of the port city to the ground, destroying much of its financial, municipal, and communications infrastructure. The new Greek government called upon French architect Ernest Hébrard to re-construct the city with a modern urban plan. The combination of fire damage and political transition during the Greek nation-building resulted in a socio-cultural transformation of Salonica as many of its habitants migrated.

During the second half of twentieth century, globalization has restructured connections – and therefore space – in port cities unlike any other spatial unit.  While cosmopolitanism is rediscovered as an attractive human value within processes of globalization, the two are failing to evolve in parallel. It is often still used as a cliché, or as hollow as the “treacly celebration of diversity”, as Kwame Anthony Appia, proponent of cosmopolitanism and writer of Cosmopolitanism: Ethics in a World of Strangers (2006), puts it.

In order to understand what cosmopolitanism actually means, analysing the history of port cities and their cosmopolitanisms can be the key for a further understanding of conflict, exchange and cultural identity in the new global order. In her PortCityFutures-blog on “what if histories”,  Carola Hein pointed out how important utopias can be in imagining the future: “Historians tend to analyse these plans in their respective political, economic or spatial context, but we can also try to understand what decisions of the past mean for the present that we are experiencing now.” In fact, the case of Salonica demonstrates that while the past cannot be modified, we can learn from its ’process’ and better understand the world in which we live and would be willing to live in.

Acknowledgement
This blog has been written in the context of discussions in the LDE PortCityFutures team. It reflects the evolving thoughts among group members on the socio-spatial and cultural questions surrounding port city relationships. Special thanks for comments and reviews to Amanda Brandellero, Yvonne van Mil, Carola Hein, Hilde Sennema and Alp Yenen.

Braudel, Fernand. The Mediterranean and the Mediterranean World in the Age of Philip II. 2 vols, translated by Siân Reynolds. Berkeley, CA: University of California Press, 1995. 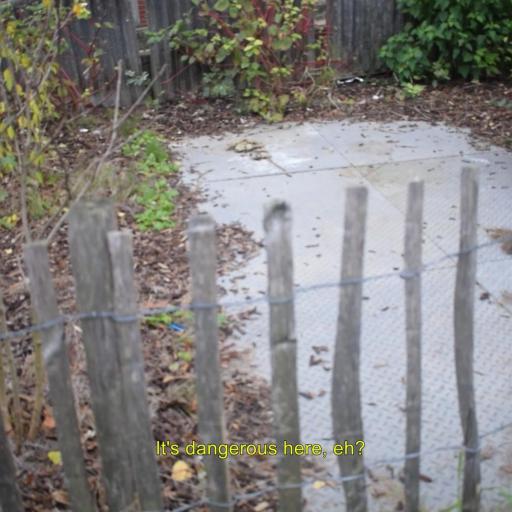