The Port of Catania: Livability between Containers and Culture

In the free online course (Re)Imagining Port Cities: Understanding Space, Society and Culture, which ran between May 26 and July 7, 2021, learners made a portfolio addressing the spaces, stakeholders, transitions, values, and challenges of a port city territory they chose. We challenged the learners to reflect on their learning in a portfolio and invited them to present their findings in a blog. Over the coming months, we will be posting some of the results. Maria Racioppi writes about how logistics have taken their toll on the livability, and on the natural and cultural heritage of Catania in Sicily.

Catania, the second city of the island Sicily in Italy, is located in the center of the Mediterranean basin, right between the Suez Canal and Gibraltar, and between European and African ports. It is essentially a multi-purpose, intermodal merchant port due to the adjacent motorway junctions, and rail and airport services. Because of these characteristics, the port of Catania grew over the last decade, obtaining a decisive role in the development of national, European and international maritime traffic. The territory of the port belongs to different administrative regimes, and because the Port Authority depends on the national Ministry of Infrastructure and Transport, port and city relations are not self-evident. In this blog, I use four aspects of Catania - the city market under the “Archi della Marina”, the port authority building, the railway, and the container area (a part of the city that is completely inaccessible) – to illustrate these difficult relations.

Catania is a city of great historical and environmental interest, for example because of the presence of the Etna volcano overlooking the sea. The first port in Catania was built in the 10th century by king Alfonso of Aragon, on the site of an earlier Saracen port. Its infrastructure was destroyed and rebuilt several times until the 18th century, when the Bourbons built the breakwater that is still visible today. During the 18th and 19th centuries, the port structures were improved and around 1930, the port underwent major changes with the silting up and the construction of the quays, which were equipped for the mooring of ships. Until then, the sea lapped against the city walls near the Uzeda Gate (Archi della Marina). Many changes in Catania, such as - new trade routes, tourist ships, ships for regional and national journeys, cruises, logistics, the phenomenon of containerization - had an impact on the entire urban structure and the relationship between port and city.

The port is at the center of a complex urban system, and forms the junction between different areas of Catania. The port is adjacent to the historic and monumental center of the city, and is divided from it by several barriers: the eastern ring road (or seafront) of Catania, the Catania-Siracusa railway line, the customs belt (which is the real barrier that deprives the city of an extraordinary potential waterfront) and the so-called iron belt formed by the railway, which denies the historic fishing quarters (Civita, San Cristoforo, S. Angeli Custodi) access to the sea. This threshold became stronger in recent years, during which the port has undergone impressive transformations in all sectors, from commercial uses to cruise shipping. Citizens can walk through the port area, but there are no urban services, only logistic economic activities. The mind map (fig.3) shows how the port has a very strong and at the same time very contradictory relationship with the city. The port structures have a strong historical presence in the urban landscape and have always constituted one of the most important socio-economic activities of the city and its hinterland.

The port has long acted as a cultural and economic bridge between Catania and many other cities in the Mediterranean basin over time. With this complexity come multiple conflicts, such as protests by port workers belonging to the transport company (port service SRL). Because of their cause, supported by the Italian trade union federation of workers (CISL), the Catania Port Service (CPS) risked no longer having a fleet for Catania. Alongside the workers, the CISL with its category federation Fit CISL has taken the field and, in order to plug the employment emergency of the port, is asking for the establishment of an internal pool of workers from which all companies operating in the two ports of eastern Sicily (Catania and Augusta) can draw.“

"One of the victims of containerization is Catania’s cultural heritage”

Catania’s infrastructure and land use system is nowadays a development model in the field of transport for the region of Sicily and nationally. At present, in fact, there is talk of the "Catania Node” which is a strategic point in the RFI (Italian railway network) plan, inserted in the Messina-Catania-Palermo communication axis. This project, already approved, includes the undergrounding of the central station of Catania and the construction of new stops within the city center, with the consequent opening of the waterfront and the possibility of regeneration actions of the Archi della Marina route, which are returned to the city and its citizens.  In spite of a new legislative decree of 2016, which unites several ports in a port system, the communication between municipality and port, and between the different levels of local and regional planning, is still complicated. Many events and problems arise because of a slow bureaucracy. A dialogue with the public sector, which through planning should provide a fertile ground for the private investor to enter and fill the demand for services, does not exist. As a result, the private sector, in addition to having no guaranteed control, becomes a promoter of unsatisfactory and efficient employment and non-employment services, without any synergistic planning and control strategy.

There are many activities and actions that the port and the city must undertake for their well-being and coexistence, but the first is dialogue. For the city of Catania, this dialogue must negotiate the duality between logistics and livability, because the container area and the logistics area are the parts that present the greatest complications. One of the "victims" of this duality is Catania’s cultural heritage. Within this dialogue, port and city need to identify shared values and create a common field of action. This will hopefully enable the institutions to convey their own forces and the interests of other actors towards a single direction.

When talking about port cities, it is necessary to consider port areas as an engine of social and economic urban development, bringing out the opportunities arising from the relationship with water. The port should create added value that brings benefits to both port and city. Especially with new global challenges (climate change, new legislation and planning models, containerization, economic and social globalization) on the horizon, it is necessary to consider port cities as cities with special characteristics, cities that make transitions and changes their strong point, becoming resilient urban models at the forefront. Port cities can then serve as a new model of the contemporary city: a flexible diachronic model that can meet the needs of the city and the port together.

Acknowledgement
The free online course (Re)Imagining Port Cities: Understanding Space, Society and Culture, runs on the EdX platform. The blog was reviewed and edited by Carola Hein and Hilde Sennema. Maria Racciopi is a PhD student in territorial planning at the University of Rome La Sapienza. Her research focuses on port cities, current problems, possible regeneration strategies and the dialogue with the city and the urban context. 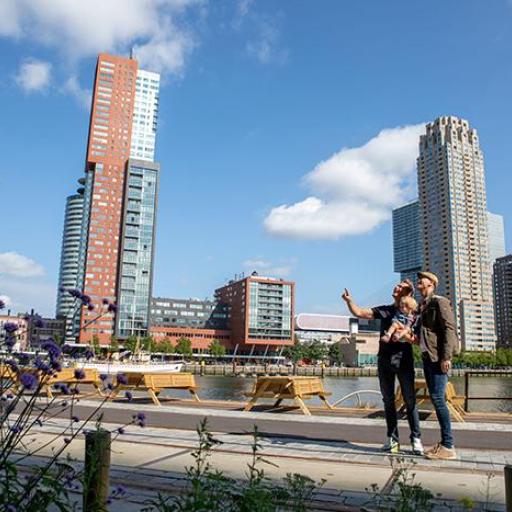 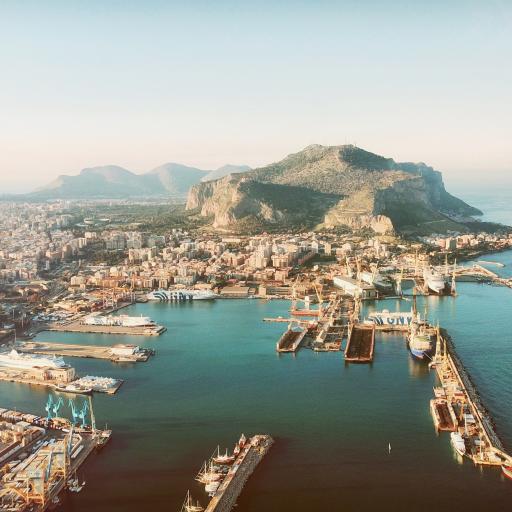