The Creation of the Central Tyrrhenian Sea Port Authority: A critical juncture for the Naples port city region? 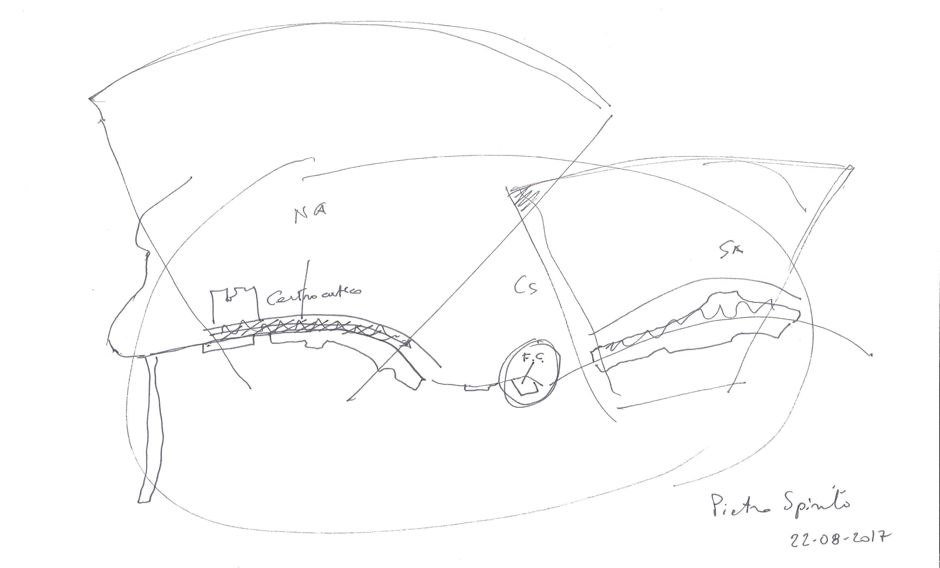 Fig. 1-  Sketch by Pietro Spirito, former President of the Central Tyrrhenian Sea Port Authority, developed during the interview conducted by Paolo De Martino in August 2017. The sketch represents the future relationship of the ports with the cities at a regional scale in line with  recent national legislation.

Since 2016, the reorganization of the Italian port system through the legislative decree n.169 has created port clusters—an institutional reorganization aimed at providing ports with more efficiency for logistics. This development challenges the urban strategies of many cities and municipalities that are part of the larger regions to which these ports belong. The presence of the port in the territory is manifested through the use of infrastructures, construction of logistic centers and industrial sites; in line with their role as nodes in the sea-land continuum. These spatial claims of the port systems challenge the goals and interests of local stakeholders, each of which has its own cultural belief and has independently developed land use claims, spatial patterns and governance arrangements. The port reorganization therefore requires a parallel rethinking of the existing institutional arrangements and spatial structures as well as of the longer-term plans of all actors in the region. It also requires a new conceptualization of the role that space can play in institutional realignment. The case of Naples stands exemplary.

The new spatial organization resulting from the creation of the Central Tyrrhenian Sea Port Authority as an entity overseeing the ports of Naples, Castellammare di Stabia and Salerno exemplifies how institutional change can create new opportunities that engage the future of the ports, cities and region in its realm and be restrained by existing spatial and governance interests. The three cities have their own long-standing planning practices, but these are not aligned among each other or coordinated on a regional scale, and they are not primarily focused on the goals of the port as the example of the port and city of Naples shows. Port authority, and municipality co-exist in the same space competing for space while lacking common goals, values, tools, and venues to achieve them, leading to a situation where large spaces are awaiting redevelopment. As a result, an eco-system approach that allow for a conceptualization of shared interest is much needed.

The current situation of separate development paths—or to use and extend on a term from the political sciences: path dependence—is cemented in physical spaces, such as infrastructures, and buildings, as well as land use dedication (Arthur, 1980; David, 2007; Hein & Schubert, 2020; Sorensen, 2015). A shared path of port-city development characterized the history of Naples for the longest time of its millenary history as a port city under the rule of different Kings. The Tavola Strozzi from 1472 illustrates the shared growth of port and city (Fig. 1)

However, since the Unification of Italy in 1861, each of these actors has independently developed separate institutions and spatial plans and has erected architectural and urban structures that serve to reinforce decisions and power relations of the past.

For example, the port of Naples has maintained its location close to the historic city center, while the city has continued to expand in multiple directions, effectively cutting off the extension space for the port. The inability of regional scale collaboration that allows for a relocation of (some) port or urban activities or for shared spatial development of port and city has led to the creation of land-side road and rail infrastructure that separates the city from the port and the water, and prevents citizens to take advantage of the sea (Bosso & De Martino 2017).

A concrete example of a site where competing interests block spatial development and a shared future is the eastern area of ​​the port. This strategic area is home to oil installations and containers terminal that serve the city of Naples and beyond. Several planning initiatives exist for the area. The port authority’s plan proposes expansion of the container terminal, doubling the current capacity of the port from about 400000 to 800000 TEU and a 25 hectares extension into the sea. This proposal conflicts with the plan of the Naples city government for the same site, which proposes the preservation of the existing industrial architectural heritage and a redevelopment of the existing coastline as an urban waterfront.

To plan the future, it is important to understand the governance arrangements and spatial patterns and the needs of all stakeholders involved as they have evolved over time. The creation of the Central Tyrrhenian Sea Port Authority has created a unique opportunity—in the language of path dependence a “critical juncture” —to reconceptualize the relation between port, city and region in Naples (De Martino, 2020). Finding and understanding where opportunities and challenges occur requires new approaches for finding spatial and institutional gaps (Hein & Van Mil 2020)

Careful assessment of each actor and related path in light of their morphological, social and political structure is needed to overcome historical inertia. This would require a break in the port-city path dependence among the Port Authority and the municipalities (including Castellammare and Salerno) and the regional authority to develop a comprehensive plan for the three ports and cities of the regions as a unique and resilient ecosystem. Such a shared plan asks for a change of perspective, a conceptualization of port, city and region not through conventional lenses which have focused separately on economics, technology and infrastructure, but a truly integrated approach combining spatial, social and cultural aspects.

Acknowledgement
This blog has been written in the context of discussions in the LDE PortCityFutures research community. It reflects the evolving thoughts of the authors and expresses the discussions between researchers on the socio-economic, spatial and cultural questions surrounding port city relationships. Special thanks for comments and reviews to Paul van de Laar, Stephan Hauser and Thomas van den Brink.

The Port City of Tripoli, Lebanon: Navigating Opportunities in a Field of Diverging Interests