The COVID-19 pandemic: an opportunity for a European policy within the Mediterranean area?

The function of ports and port cities has radically changed in the late twentieth and early twenty-first century as maritime business has become more and more global and complex. As Antoine Fremont (2010) has pointed out, carriers that traditionally served the East-West market, circling the globe, added North-South connections in the 1980s. This maritime revolution permitted, together with the lower cost of work in the newly industrialized countries, the process of industry delocalization, therefore reducing the cost of transport and logistics. Containerization, intermodality, and naval gigantism became the major characteristics of the new era. Furthermore, maritime services are provided by companies and assets from across the world, such as ship building (92% in China, Korea and Japan), ownership (32% in Germany, China and Greece), flagging (70% registered in a country different to the country of ownership) and scrapping (94% in Bangladesh, India, Pakistan and China), with crew drawn from countries like Philippines, Indonesia and Ukraine (Wilmsmeier & Monios 2020).

As a consequence of these dramatic changes, the hierarchy of the port in the world completely changed: while in 1985 three European ports were in a global top-ten dominated by Rotterdam, in 2016, the top-ten ranking was led by six Chinese ports and the first European port ranked 11th (Guerrero 2020). European institutions only played a minor role in this process. The European Union policy stressed the concept of competition among European ports, pitching the Northern and the Southern range against each other. Increasingly, however, the European ports lost their key role to the market. Carriers, have progressively come to play the role of organizers of the market, placing European ports into a competition for flows of goods while and giving to the public the major responsibility for investing in infrastructure (Ducruet et al 2020).

In terms of logistical strategy, the Mediterranean area is the main focus of a competitive confrontation among major economic powers. With the doubling of the Suez Canal, now one quarter of the world container traffic passes through the Mediterranean Sea. The matrix of the flows has completely changed: transatlantic containerized trade has doubled from 4 to 8 million TEU from 1998 to 2018, while transpacific trade has gone from 8 to 28 million TEU, and Europe Asia via Suez from 6 to 25 million (Wilmsmeier & Monios 2020). Consequently, the geography of ports has changed; the Asian growth having the biggest impact.

The ports on the European side of the Mediterranean, however, no longer engage fully with the sea that helped many of them grow. In line with European Union policies and the construction of major infrastructures, such as tunnels through the Alps—they have turned towards their European hinterland (Golini et al 2014). The European Union focuses on competition inside its perimeter rather than on the definition and implementation of a strategy for external relationships. Even though the Mediterranean basin is a central component for economic and political world competitiveness, the European Union only considered its role briefly when Spain and Portugal joined the European Union in the 1980s (Spirito 2018).

The process of unification of Germany and then the entrance of the Eastern countries within the European Union changed the focus of the European Union. The impossibility of building a European vision and a strategy for the Mediterranean area pitched the countries of the Northern and Southern range against each other, and in started a competition among European states for influence in different northern African countries.

In the absence of a European strategy for the Mediterranean, other actors take their place. The Chinese government has a clear view on the structural transformations of maritime flows in the world, and have structured the Belt and Road Initiative (BRI) accordingly. They see the Mediterranean basin as central in this network, “the “hub-of-the-hubs”, connecting Asia with Europe, Africa and America” (Haralambides & Merk 2020).

After the control of the port of Piraeus in the East Mediterranean, the acquisition of Noatum Port Holdings (NPH) in the West Mediterranean signifies the control of an important terminal in Valencia for container business, and the whole strategy is completed with the acquisition of another terminal in the port of Bilbao for Short Sea Shipping services with Rotterdam and Northern Europe. Through the complex crisis in Libya, Turkey and Russia are now again political actors with an important influence on the Mediterranean basin, not only from a military point of view but also in terms of influence capacity in the dynamic of the whole Mediterranean area.

The fragmentation of European interests is one of the main reasons why the voice of Europe is not so relevant in the Mediterranean policy (Salamone 2019). It’s not a coincidence that in 1980 a movement was launched by former Hanseatic cities to rekindle long dormant relationships for the purpose of fostering direct tourism, business, and cultural exchanges around the North Sea. More recently, a New Hanseatic League was founded in February 2018 by finance ministers from Denmark, Estonia, Finland, Ireland, Latvia, Lithuania, the Netherlands and Sweden. The League members are northern European States which share common perspectives on free trade, open competition and a more targeted EU budget policy. There are spaces of regulation that cannot be defined at regional, national or European level, in particular in emerging businesses where a standard is not yet fixed. “The Hanseatic League can become a non-State center of rule-making, a source of formation of norms,” Elena Shablova and Oxana Zhevnayak (2019) have pointed out.

The problem of irregular migrants entering the EU remains unresolved. The rescue is left to the initiative of the border States (mainly Italy, Greece, Spain) without a common approach to the question. The European Union needs to make major efforts, with assistance from the European Border and Coast Guard Agency (FRONTEX) and establish agreements with the North Africa countries, in order to define a level of cooperation that could reduce the flows, in exchange for aids finalized to local economic development.

The Covid-19 pandemic has deepened the North-South divide in the EU and in the Eurozone, both from a health and economic perspective. The disruption also changed the European environment. It may be an opportunity for rethinking the European policy towards the Mediterranean opening different perspectives for cooperation. Spain, Italy and France have started a political offensive for more economic and fiscal support from the EU. Other countries, such as Ireland, Belgium, Luxembourg, and Slovenia were als involved in this approach, as illustrated by a letter from nine states who have been calling for more financial solidarity and the issuance of Eurobonds. It seems therefore that the traditional economic South has expanded. Moreover, the Baltic States and Slovakia, which in the financial crisis were strictly opponents of risk-sharing and clearly assigned to the traditional economic North, are at least open to the concerns of the Nine (Lang & Von Ondarza 2020).

The New Hanseatic League therefore seems to be disintegrating, at least temporarily. The letter of the Nine States poses the question if a new coalition within Europe, centered around new economic policies and a more solidary approach, can be possible - subsequently opening up new possibilities for the Mediterranean.

Acknowledgement
This blog has been written in the context of discussions in the LDE PortCityFutures team. It reflects the evolving thoughts among group members on the socio-spatial and cultural questions surrounding port city relationships. Special thanks for comments and reviews to Carola Hein and Hilde Sennema.

Elena Shablova, Oxana Zhevnayak, “The role of the institute of contractual regulation in the formation of a sustainable business cooperation (on the example of the New Hanseatic League”, in Advances in economics, business and management research, vol. 90, 2019, pp. 396-399. 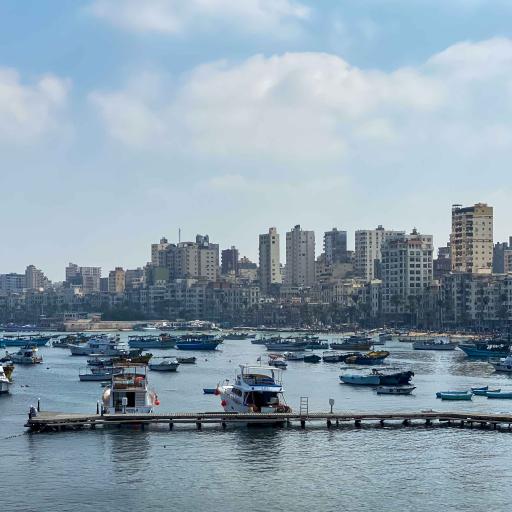 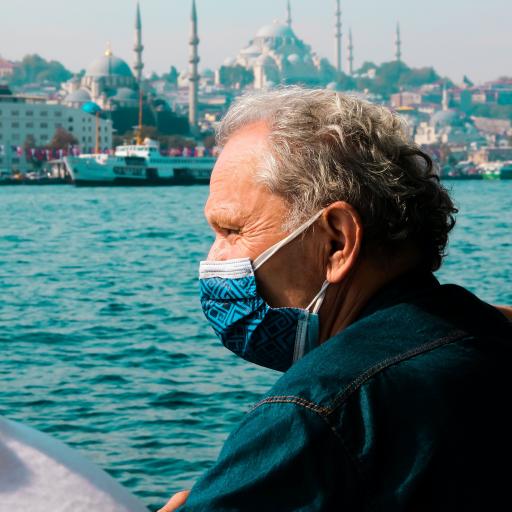