Future as the reality of imagination: Exploring the boundaries of participative planning in Marseille’s port area

You may have already heard about Marseille’s urban change. You may have seen some images of its renewed waterfront. You may have visited its most iconic landmarks, such as MuCEM (Museum of European and Mediterranean Civilizations, designed by French architect Rudy Ricciotti) or Villa Méditerranée (Stefano Boeri’s equipment, previously used as an auditorium and now hosting a reconstructed prehistoric submarine Cosquer painted cave). If these references sound familiar to you, this is because they are part of the official and hegemonic storytelling about Marseille’s urban renewal, matching the names of renowned architects to the charm of the Mediterranean environment. But if you zoom in on the pictures, if you look around the epicenter of this transformation, you can notice a plurality of approaches to the relation between France, Europe and the Mediterranean that tell us many other stories about the relationship between the city and the sea. In this blog, anthropologist Maria Elena Buslacchi focuses on innovative experiences of governance in Marseille’s port area, which currently trigger new forms of dialogue between inhabitants and local institutions.

One look at the profile of Marseille’s coastline (Image 1) suffices to realize how much the landscape of the port city’s Northern neighborhoods differs from that of the Southern ones. Both are characterised by an important anthropisation - the conversion of wild spaces into human-made landscapes. They accomplish very divergent functions and are conceived for hosting and facilitating totally different kinds of human activities.

The Old Port, a deep cove where the piers and vessels of the Greek founders of ancient Massalia were found, sits between two areas. It splits the shore into two sections: the one in the North is industrial, production-oriented, shielded from the open sea by a 7 km-long dike and separated from the city by a similar barrier. The construction of the port infrastructures in the North of the city started in the mid-19th century (Roncayolo 1990; Témime 1999) and increasingly alienated the surrounding neighborhoods from the water, while the Southern ones simultaneously developed a closer relationship with it, through the establishment of urban equipment, activities and facilities. The southern section of the shore, actually, is a place for leisure and resort, connected to the city centre by a panoramic promenade: luxury villas and hotels are scattered among fishers’ bays, and artificial sand beaches were designed in the late 1970s by reusing soil extracted from building a subway. This area is an obligatory passage to the southernmost part of the city, where the natural landscape is found back through the monumental chalky cliffs of the Calanques, National Park since 2012.

The opposition between these two sides of Marseille became more explicit while following urban policies of territorial development, one focused on production, commerce and social housing, the other on facilities, tourism and high-middle class real estate. These opposite orientations have determined two consequent approaches to the coastline, one limited to workforce, the other imagined for leisure. Nevertheless, different sorts of permeability between Northern neighborhoods and the adjacent water have continued to exist until recent times, also independently from work purposes. This ‘porosity’ (Hein 2021) has been progressively obstructed for several, independent reasons in the last decades.

Firstly, before the spreading of mechanised port labour at the end of the 20th century, many inhabitants of these Northern sectors were part of the port workforce and, besides their daily access to the waterfront for professional reasons, benefited from a certain freedom of movement in the area. Secondly, this access was also possible for the broader public through some open points of contact: both interstitial, residual places, not yet invested in by urban planning, and formally accessible areas, such as the dike, used as a promenade until recent times in inhabitants’ memory. Lastly, most of the coastline was - and partly still remains - the place of informal practices of appropriation, as for example the promenade below the Fort Saint-Jean (Image 2) or J4 quay - also named les pierres plates - where people used to fish, dive and swim and where now Stefano Boeri’s and Rudy Ricciotti’s famous buildings stand (Buslacchi 2017; Cartelli 2020; Chevalier 2008).

Simultaneously with the tightening of security measures for entering the port area in the early 2000s, urban renewal, mainly brought about by the Euroméditerranée project (a project of equipment for the tertiary sector still ongoing in the Northern sector since 1995), interfered with this contact. Even if some projects tried to reuse abandoned facilities and industrial heritage for new “urban” functions (such as the Silo, which became a scene for concerts and shows), access to the sea was definitely not re-established. Several conflicts sprang out at different moments of the regeneration process, and a large panel of NGOs, associations and spontaneous movements flourished and mobilized people to defend inhabitants’ access to the coastline as a key element of local life quality (Bertoncello and Hagel 2016).

Inspired by the more general trend in port cities that advocates a turn in territorial governance to involve more local players and issues (see for example Alix, Delsalle and Comtois 2014; Alix and Daudet 2013), in 2013 all main authorities in Marseille signed a Port-City Charter. This document acknowledges the deterioration of the “original osmose” and, in order to imagine new practices, segments the 10 km coastal strip of the port territory into three functional parts, in which the relationship with the city and the planned development potential result in clearly identifiable purposes, as a framework for current and future projects (Image 3).

The Southernmost part of these three is considered as “a showcase for port and urban outreach”, “an integral part of the city centre (…) associated with the Euroméditerranée initiative”, where “the development strategy for the seafront is based on the principle of mutual enhancement of urban and port spaces” and “new activities should be integrated into a predominantly landscaped sector and therefore meet the requirement for high quality architecture and integration into the local culture and heritage, while also maintaining port activity” (Port-City Charter, p.16). In fact, port activity in this area is limited to the transit of ferries, which have scheduled timetables and very predictable impacts on the city. The other parts of the port - the central and Northern ones - are respectively dedicated to commercial/industrial activities and to cruises, pleasure craft, tourist services and leisure activities.

When the City-Port Dialogue was launched in 2019, as a key action for promoting the Port-City Charter purposes, with the participation of all local authorities, it aimed at “responding to the demand of local residents to be kept informed about and involved in port projects that impact their surroundings (…) to foster good neighbourly relations between the various stakeholders in the city-port interface” (City-Port Dialogue, see “main goals” section). In 2021, inhabitants were invited to formulate hypotheses about the future of the waterfront (Image 4), and co-developed practical solutions for a selection of specific sites on the port-city interface. Participants of the workshops (inhabitants, associations, workers, researchers, local authorities…) were informed about concerned areas’ physical condition, economic activities and their compatibility with other functions, constraints and risks. To assure the viability of their ideas, they adapted their proposals to conditions of feasibility, safety and security, as illustrated by the authorities. As an example of this process, the opening of the dike is now under study, together with participants’ other contributions: building piers and ladders for diving and swimming in the open sea, setting up information boards for telling the story of the dike and port activities, installing benches, shelters and bike paths, panoramic points of view on ancient turrets and signal posts. Nonetheless, many participants also became frustrated, while ascertaining that any access “from the North” to the dike would have been impossible, since it was non-consistent with the principles of the Charter. Their idea of creating a stop on the dike for the sea-shuttle connecting the Northern neighborhood of L’Estaque to the city centre for instance appeared hard to achieve from technical points of view, and was already enough for undermining the credibility of the whole endeavour, according to a large number of participants.

An historical division between Marseille’s North and South emerges in this conflict: for those who feel victims of a certain (spatial) injustice, this has to be fixed by the people in power today, especially if they initiate a participatory process of which the goal is to find a proper solution to long-term conflicts. For local authorities, some choices made in the past have nevertheless defined and anchored the future of the territory, and can no longer be renegotiated, because of the evident costs and investments they have represented, also for the public community.

This ultimately raises the question: where lies the limit between what is negotiable and what is not? In the case of Marseille’s Port-City Charter, the segments define the principles as well as the borders of the dialogue. In many other cases around the world, this perimeter is not explicitly defined, and for inhabitants it stays a secret in authorities’ drawers, provoking greater societal conflicts and ruptures. However, as the case of Marseille shows, even when it is properly clarified through technical arguments, its legitimacy still remains at stake. In many port cities, citizens’ demands are the expression of authentic forms of unease, discomfort and lack of recognition. Such personal issues cannot easily be dismissed as unrealistic claims and as such simply expelled from the discussion: as appropriate answers, new solutions have to be sought, adaptive and modular ones that will be good today, but “just hopefully” also over the years. How can we imagine new kinds of involvement in planning the future and managing the present? 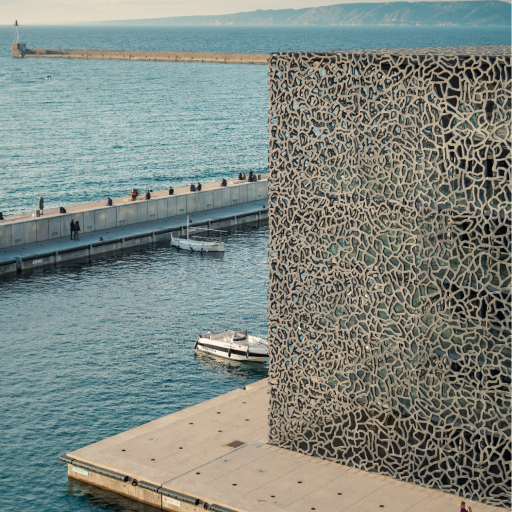 Future as the reality of imagination: Exploring the boundaries of participative planning in Marseille’s port area